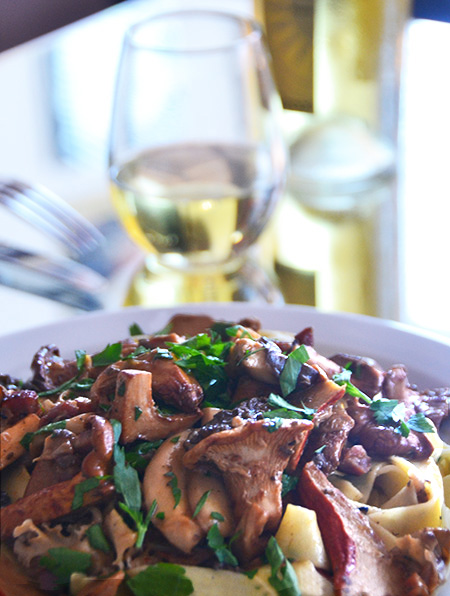 Mushrooms are one of those foods that people seem either to love or hate. 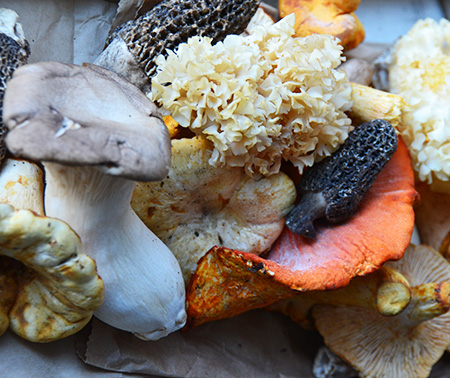 Texture is the reason I hear cited most often by those who dislike them. 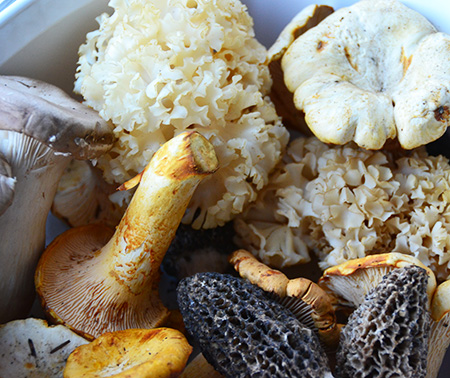 For those with a penchant for fungi, there are more than 10,000 varieties of mushrooms in North America alone, about half of them edible. 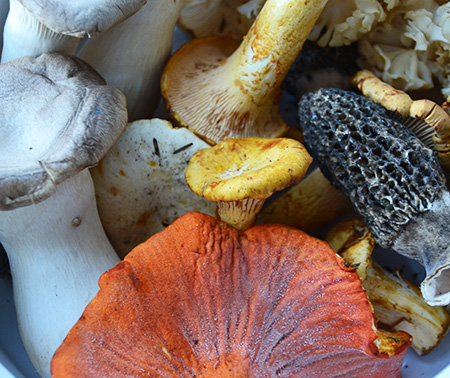 One of my favorite places to find many of those varieties is in Pike Place Market in Seattle, Washington.

We went there last year on vacation. And you know what that means, right? I cooked. 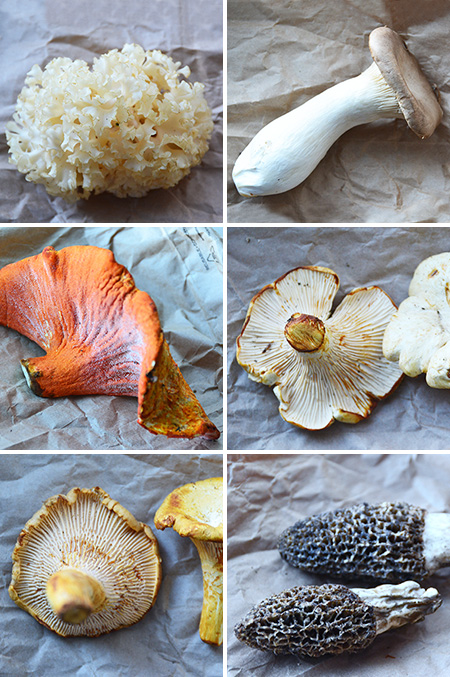 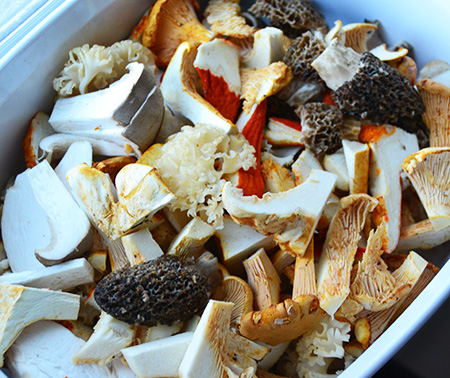 I was like a mycologist in a forest. (Think, “kid in a candy store.”) 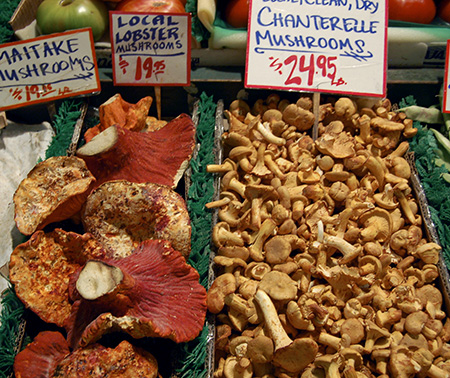 There were so many varieties available from my favorite green grocer in Pike Place Market: Frank's Quality Produce. The best news is that they will ship mushrooms to you when they are in season. 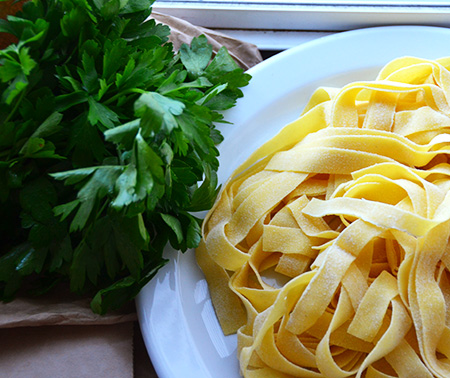 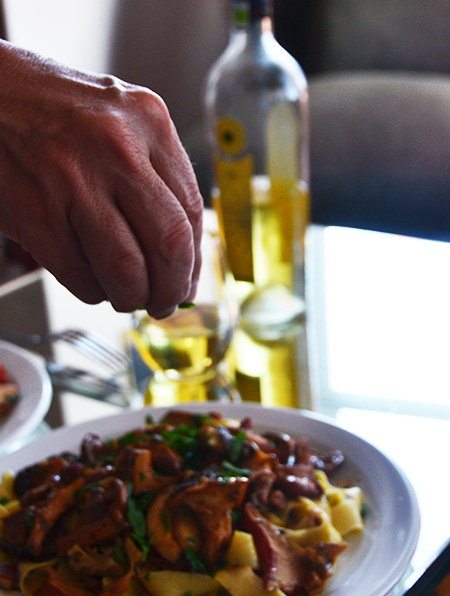 And that I did. 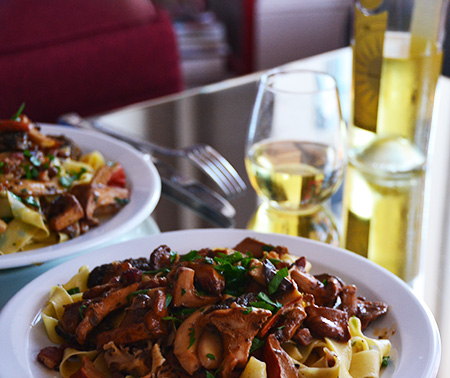 Bring a large pot of water to a boil.

In a very large skillet over medium heat, melt the butter and sauté the pancetta and shallots until the pancetta is slightly golden and the shallots are clear and beginning to turn brown on the edges.

Turn the heat to high and add the mushrooms. After a few minutes without stirring, the mushrooms will begin to release their moisture. Stir, and continue to sauté, stirring, until they are done.  Season well with salt and plenty of black pepper. Add the truffle, if using, and cook for about 30 second. Then add the cream and cook to reduce the cream a bit. Remove from the heat, and prepare the pasta.

Add a good handful of salt to the boiling water. Cook pasta for about 3 minutes, or until al dente. Remove from the pot, reserving cooking liquid. Return mushrooms to the heat, add the pasta, and toss well. Add a little of the pasta water, if needed, to make a creamy sauce.

Divide among 4 plates and serve with chopped parsley and grated Parmigiano-Reggiano. 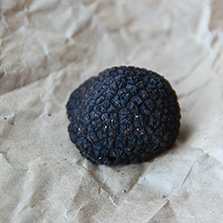