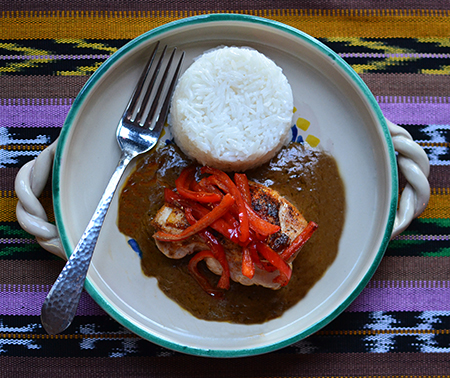 In the early 1990s, I took my first trip to Santa Fe with Mikey, my best friend since the 5th grade. I had no idea what to expect, but I knew it would be an adventure. 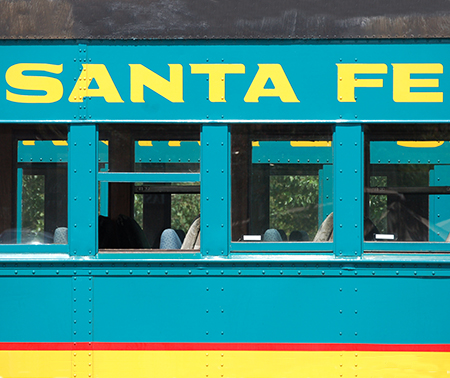 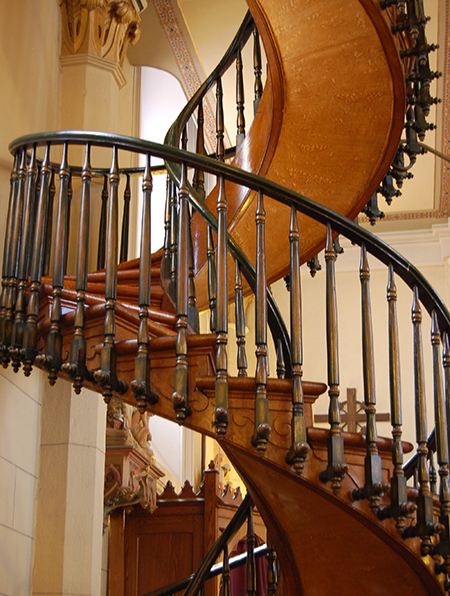 From my research, I knew that I wanted to visit the Loretta Chapel for its Miraculous Staircase, the Museum of International Folk Art, the Georgia O'Keeffe Museum, and the art galleries on Canyon Road. 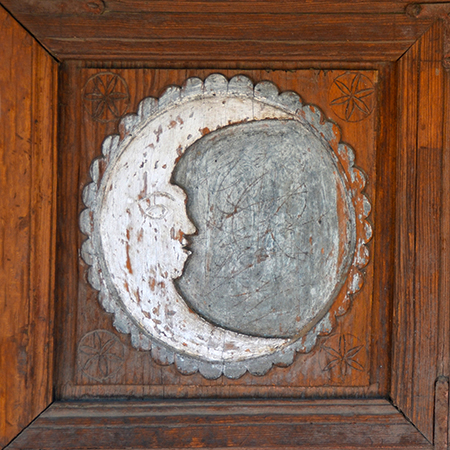 Food-wise, I had recommendations from my good friends Bill & Alan, and Norma & Jola; they loved their time in Santa Fe. My to-do list from them included dinner at the Inn of the Anasazi, lunch at the Blue Corn Cafe, and breakfast at Cafe Pasqual's. 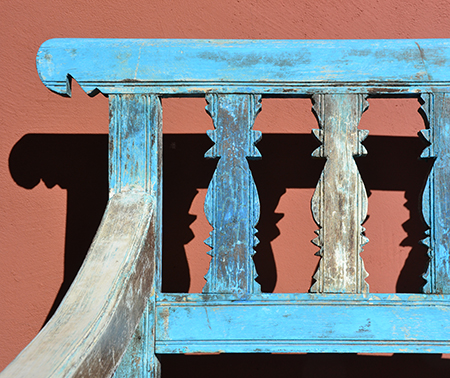 We managed to accomplish everything on both my cultural and culinary itineraries. 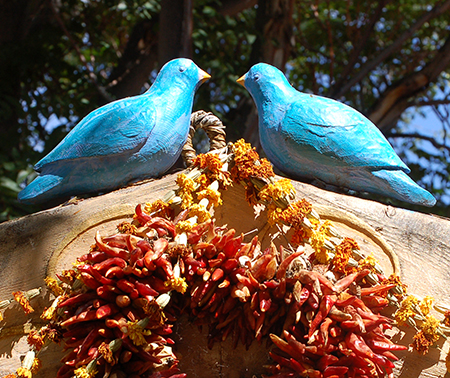 At the communal breakfast table at Pasqual's, I fell hard for Mexican hot chocolate, and enjoyed it served frothy and hot in a large jelly jar. 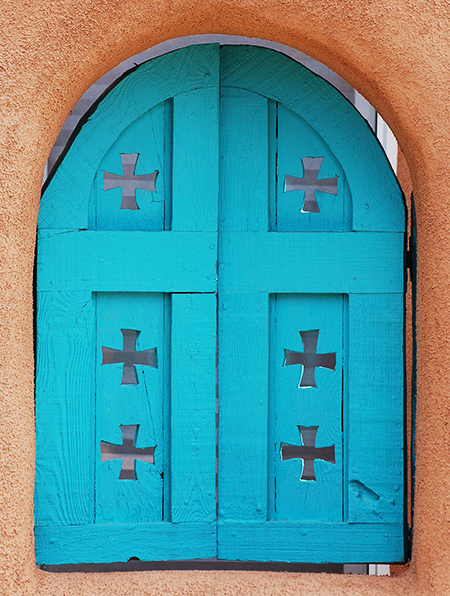 At the Blue Corn Café, my tastebuds were tickled by the chipotle corn chowder. When I asked how it was made, they already had printed copies of the recipe (I guess it was really popular!). 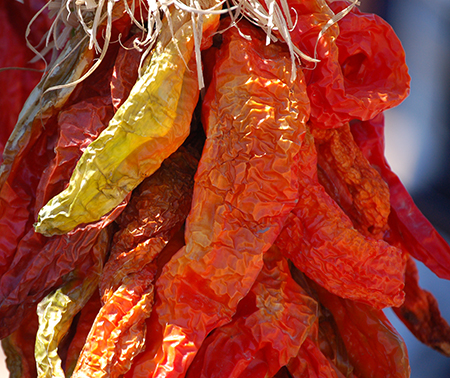 A funny aside: the recipe for the corn chowder was probably dashed off quickly by the chef, and typed up by someone at the restaurant. There is a tiny but significant typo in the list of ingredients: instead of listing "1 canned chipotle chile" it said "1 can chipotle chiles." That is a big difference. BIG difference. The first time I made it (for Bill and Alan), I used the full can of chipotle chiles and it was so hot that it was almost inedible. Bless their hearts for continuing to eat it, as sweat poured from their brows. 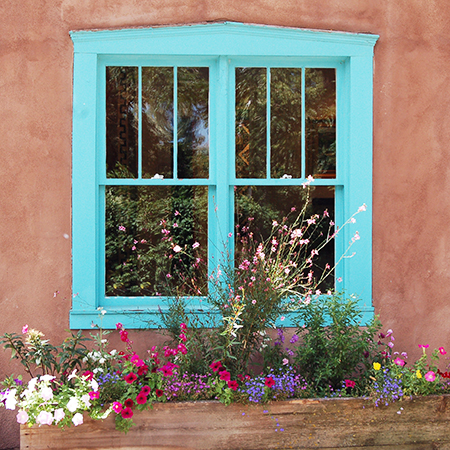 At the Inn of the Anasazi, Mikey and I both ordered the pork tenderloin that had been dusted with chile, chocolate, and cinnamon. I posted my re-created from memory version in Inspired by Greatness. For dessert, we had buñuelos, a fried dough stuffed with creamy custard and topped with a chocolate sauce. There's nothing wrong with that, is there? 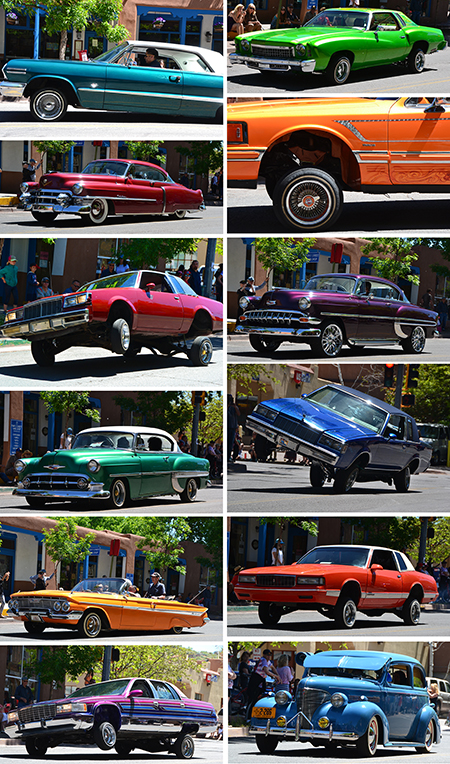 A couple of weeks ago, Mark and I returned to Santa Fe to see our friends Denny & Trudy for the weekend. Aside from visiting the city's incomparable museums, eating extremely well (both in restaurants and at their home), and catching up with our good friends in their beautiful “new” 200-year old home, we managed to catch the lowrider parade as it came into the plaza. Spectacular! As one woman next to me said, "It's like candy on wheels!' 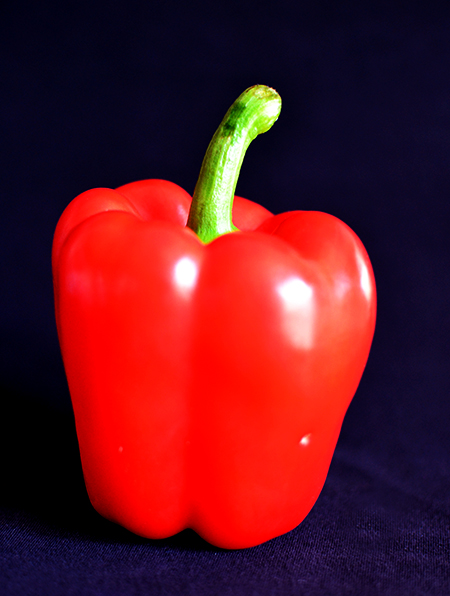 On our way to Santa Fe, we stopped in Hatch, New Mexico, to restock our dwindling ground chile powder supplies. We got both mild and hot, as well as the famous Hatch green chile. And that reminded me of a chicken dish Bill made for us once after he and Alan had returned from Santa Fe. I asked him about it years later and he vaguely remembered making it, but had no idea what he did. 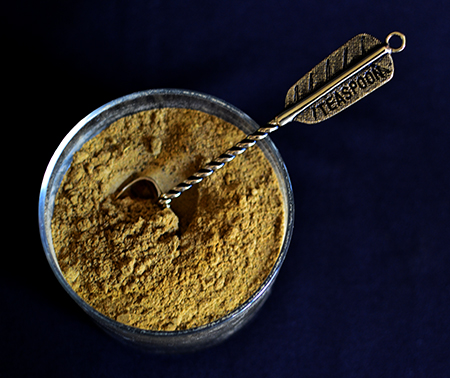 That left it up to me to reinvent a memory. Here is my version of a wonderful Santa Fe-style chicken and peppers dish that Bill made for me more than 20 years ago. I may not remember what I did five minutes ago, but my tastebuds never forget! 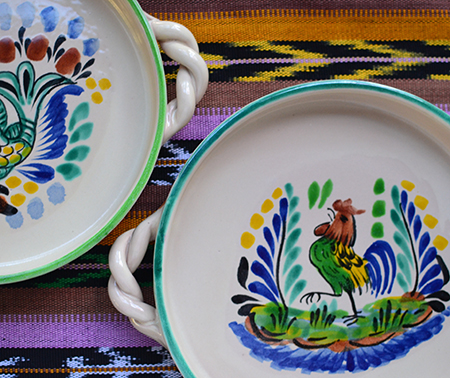 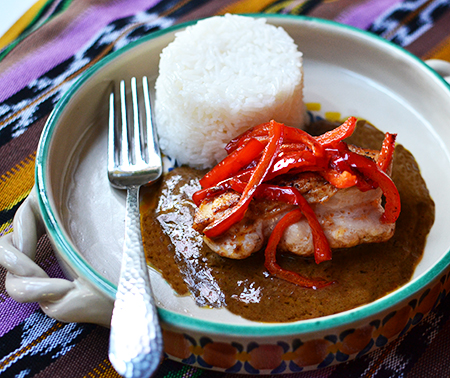 Wash and core the two red bell peppers; remove all seeds and slice into 1/4-inch strips. Heat 2 tablespoons butter in a small skillet and cook the peppers over medium heat until soft, but not brown - about 20 minutes. Set aside for serving.

Heat the remaining 2 tablespoons butter in a large skillet over medium-high heat. Season the chicken pieces with salt, freshly ground black pepper, and a little red chile powder. Brown the chicken breast halves starting skin-side down for 1 1/2 minutes per side. Transfer from the skilled to a baking sheet (do not clean the skillet) and place in the oven for 10 minutes, while you finish the dish.

Return the used chicken skillet to medium heat and add the green chile powder. Cook for 30 seconds to fully release the flavor of the chile. Add the cream, and cook until thickened.

Serve with rice to soak up the sauce.

* If you have a hard time finding small chicken breast halves, slice larger ones in half as if making chicken scaloppine.


** Hatch green chile powder can be ordered online from Made in New Mexico madeinnewmexico.com